Knowledge is power. In customer service, it's also profit.

Effective Leadership is Within Your Reach 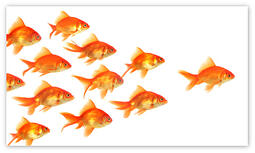 It’s Not Just Something in the Water

Effective leaders are everywhere—dotted throughout groups of people from small interest groups to multi-national companies—and some are leaders whether they know it or not.  You know these people.  They may be the Cub Scout Pack leader, the teenager next door, your spouse or your co-worker.  What makes these and other leaders so effective?  If you reside in a medium sized organization, sometimes it is difficult to relate to those who are leading huge organizations with a plethora of resources.  So, here’s a story you can probably relate to.  While it is not a business and doesn’t employ many people, the lesson is still the same.  Leadership matters…

The summer swim team is a highlight of the year for many of the kids and parents in our community.  For 6 weeks in June and July every year, we come together to cheer, eat junk food, encourage our children to reach their stroke goals and in the end we compete against other teams in the league.  On the outside, we are very encouraging and happy to just be there in this community atmosphere.  On the inside, we are all fierce competitors and want to win…so do the kids!

For several years, our swim team was OK.  We were an average sized team—about 120 swimmers—posting average swim times.  Often times, we couldn’t even round up all of our swimmers to show up to a meet.  Our record at the end of the season was usually about 2-4, sometimes 3-3.  I don’t think we posted a winning record in over 16 years—until last year, the summer of 2011.  Something changed.  It was different—you could feel it in the air…you could see it at the practices…you could hear it from the swimmers…was there something in the water?  No!  We hired a new coach.

Coach Springer is a national champion swimmer.  She has led a life of success. She knows how to set and communicate a vision, create alignment among the swim team “stakeholders” and execute to achieve goals personally and for the group.  She brought that same structure and determination to the Chase Creek Crabs.

Coach Springer had the belief and the vision that we could be a winning team.  She built alignment by communicating and providing inspiration, and championed execution by providing structure and feedback.  She states, “Mastering the basic stroke skills is crucial for children to avoid frustration and develop the confidence that leads to great results, both for the individual and for the team as a whole.  Daily reinforcement of these fundamentals at every age and level of ability, along with constant and enthusiastic encouragement, has produced the most positive results over the nearly 20 years I've been coaching swimming.”  Sounds an awful lot like great leadership advice from the likes of Ken Blanchard, Jim Collins and Tom Peters!

Long story short, as a result of her leadership, not only did we have a winning year in 2011, we won the league championship in 2012—a feat that had not been accomplished before—EVER!  How is it that with the same pool, same swimmers, and same financial resources, one person was able to achieve such results in a short period of time?

It is no secret that leaders do make a difference—a profound difference. There are well known examples all around us:

But, leaders need not be grandiose.  They need not only be leading big companies, big groups, or big ideas.  It’s simple.  Successful leaders understand and optimize their own leadership behaviors and how they impact their effectiveness.  Successful leaders of any size organization follow a structure, whether it is a big company, small household, non-profit community group, medium sized association, or sports team.  These successful leaders:

So, whether you are a lackluster community swim team striving for a win or a national consumer goods company struggling with disengaged employees, you can make that turn toward improvement.  The quality of your leadership is a key driver in your organizations’ success.

Do you want to learn more about how you and your colleagues can become effective leaders at any level in your organization?

Do you want to learn how DiSC® can dramatically improve communication within your organization? Start by downloading a FREE sample Everything DiSC Workplace® profile: